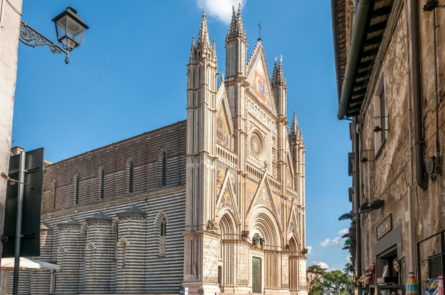 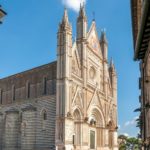 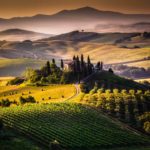 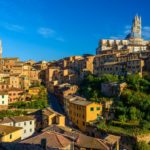 This luxury Rome to Florence sightseeing transfer via Orvieto in a Mercedes allows you to explore this quaint medieval Umbrian hill town.

You will begin in Rome, where your English-speaking driver will arrive at your hotel with a luxury Mercedes. Driving to Florence, take your transfer as an opportunity to visit the medieval gem of Umbria, the town of Orvieto. This quaint hilltop town may be small, but it’s packed with 3,000 years of history, going all the way back to the Etruscans.

See the beautiful Duomo, a thirteenth century Gothic cathedral and step inside the Chapel of San Brizio to see Fra Angelico and Luca Signorelli’s 15th century frescos of the Last Judgment, depictions that actually influenced Michelangelo’s own Sistine Chapel masterpiece. See Sant’Andrea, a 12th century church with a distinct bell tower as well as San Domenico, a 13th century church built a few years after the death of its eponymous saint. Other sites include the 16th century St. Patrick’s Well and the medieval Palazzo dei Sette where you can climb Torre del Moro for a spectacular view of Umbria’s picturesque rolling hills. You may also explore underground Orvieto to peel back the layers of history, and see a labyrinth of rooms and cellars dating back to the Etruscans and ancient Romans

Shop for handcrafted ceramics and olive wood souvenirs, or stop in and sample olive oil from a local grove, or taste the elite Sagrantino red wine of the area while enjoying a typical lunch of the region. At the end of your 3-hour stop, your driver will continue north to Florence, leaving you at your accommodation to conclude your Rome to Orvieto sightseeing transfer.