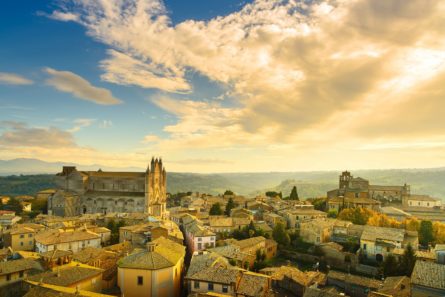 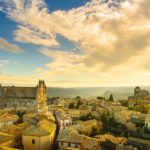 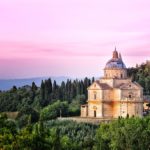 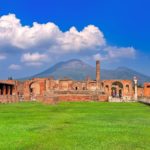 Take in the Umbrian hilltop town of Orvieto on this daytrip from Rome. Lunch at a local trattoria and take in the sites, such as the Orvieto Duomo.

Rome to Orvieto in a Day

Enjoy Orvieto, a hilltop Umbrian town with a 3.000-year-old history dating back to the Etruscans! Your private driver from Italy’s Best will pick you up from your accommodations in Rome to bring you to this Medieval gem, where your private guide from Italy’s Best awaits you.

From the Etruscans to the Renaissance

See the beautiful Duomo, a thirteenth century Gothic cathedral and step inside the Chapel of San Brizio to see Fra Angelico and Luca Signorelli’s 15th century frescos of the Last Judgment, depictions that actually influenced Michelangelo’s own Sistine Chapel masterpiece. See Sant’Andrea, a 12th century church with a distinct bell tower as well as San Domenico, a 13th century church built a few years after the death of its eponymous saint.

Other sites include the 16th century St. Patrick’s Well and the medieval Palazzo dei Sette where you can climb Torre del Moro for a spectacular view of Umbria’s picturesque rolling hills. Next, your guide will lead you underground to peel back the layers of history, and see a labyrinth of rooms and cellars dating back to the Etruscans and ancient Romans.

This will be followed by an unforgettable culinary experience, a real pasta festival in a fantastic trattoria specializing in traditional Umbrian cuisine, such as homemade lasagna and tortellini. Pass the rest of the afternoon strolling the tiny streets or relaxing in the Piazza del Duomo before your driver takes you back to Rome.