Beware, the Ides of March

Beware, the Ides of March 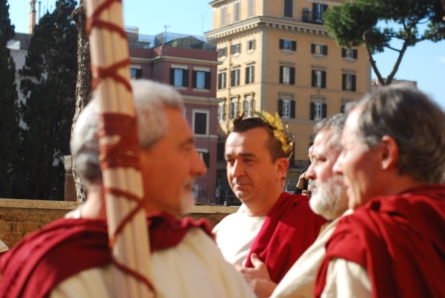 The Ides of March (Idus Martiae) 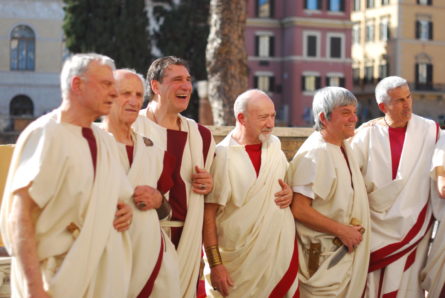 The assisination of dictator Julius Caesar made the Ides of March a turning point in Roman history, as one of the events that marked the transition from the Roman Republic to the Roman Empire.

Caesar was stabbed to death at a meeting of the senate on the 15th March 44 B.C, by as many as 60 conspirators, led by Brutus and Cassius. According to Plutarch, a seer had warned that harm would come to him no later than the Ides of March. On his way to the Theatre of Pompey, where he would be assassinated, Caesar passed the seer and joked, “The Ides of March are come”, implying that the prophecy had not been fulfilled, to which the seer replied “Aye, Caesar; but not gone.” This meeting is famously dramatised in Shakespeare’s play Julius Ceasar.

Although March (Martius) was the third month of the Julian calender, in the oldest Roman calendar it was the first month of the year.

What does Ides mean?

Ides means “halfway through the month”, and comes from an old Latin verb iduare, meaning “to divide.” It was the Roman term for the day that came in the middle of each month. The Romans did not number days of a month sequentially from the first through the last day. Instead, they counted back from three fixed points of the month: the Nones (5th or 7th, depending on the length of the month), the Ides (13th or 15th), and the Kalends (1st of the following month). The Ides occurred near the midpoint, on the 13th for most months, but on the 15th for March, May, July, and October. The Ides were supposed to be determined by the full moon, reflecting the lunar origin of the Roman calendar. On the earliest calendar, the Ides of March would have been the first full moon of the new year. The Ides of each month was sacred to Jupiter, the Roman supreme deity.

If you are lucky enough to be in Rome on the Ides of March, the fabulous Gruppo Storico Romano reenact the assasination of Julius Cesear in front of a large crowd at Largo Argentina, aka the scene of the crime. 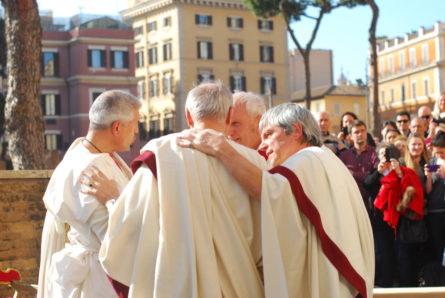 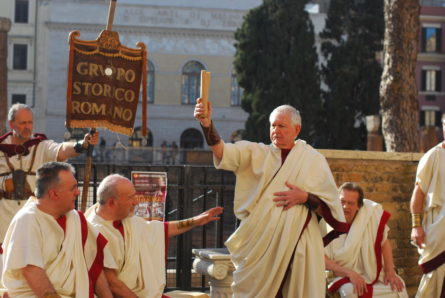