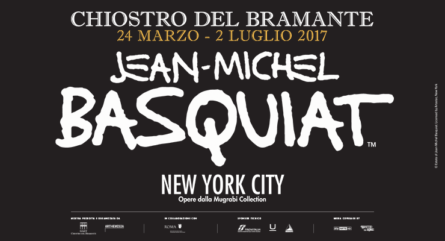 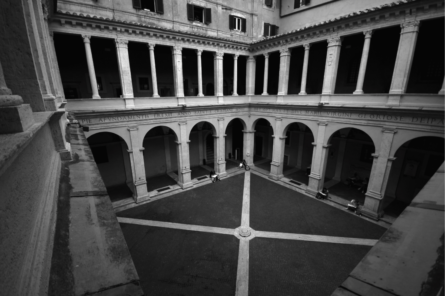 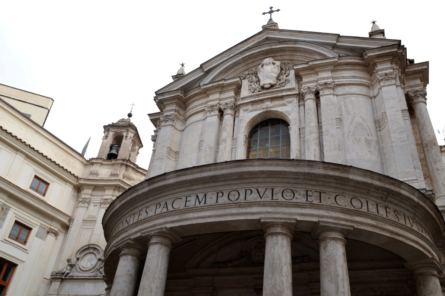 A tribute to late New York artist Jean Michel Basquiat (1960-1988) is being held at the Chiostro del Bramante, until July 2017. Showing 90 pieces of his large works on canvas boasting his distinctive style, this exhibition explores the origins of street art and graffiti.

A native New Yorker from Brooklyn with Haitiian and Peurto Rican parents, his moment of notoriety was post 70’s punk, hip hop and street art movements, where he shared a studio space with Andy Warhol and entered the 1980s club scene. Exhibiting internationally in galleries and Museums by the 1980’s, his bold vivid works were neo-expressionist focusing on suggestive dichotomies of poverty vs wealth, inner vs outer experience, segregation vs integration. These masterpieces are a mix of drawing, poetry and painting, as well as  abstract imagery and expose his views and criticisms of politics, racism, and class struggle. 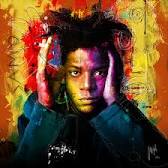 The Chiostre Bramante was designed by genius Renaissance architect Bramante, Michelangelo’s rival and architect to Pope Julius II. This building is a must see to add to your Rome to do list.