Part 1 of 3: Italy’s Liberation Day & The Unification of a Republic

Part 1 of 3: Italy’s Liberation Day & The Unification of a Republic

With spring brings about the rejuvenation of our lovely Italian territory and traditions. The farms begin to burst with produce and families and friends explore the Italian countryside in search of local products and wines or the remains of timeless art and architecture. After the religious celebrations and banquet-style meals led by proud grandparents, spring hosts another important day, April 25th, Italian Liberation Day. April 25th represents the beginning of our young nation – despite its old soul – the Italian Republic. 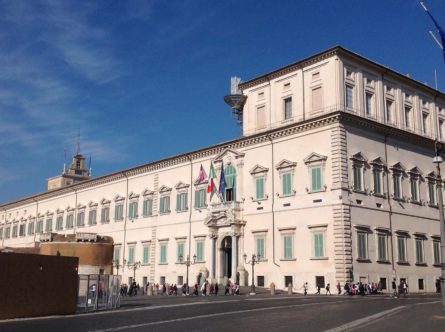 Italy’s Liberation Day (Festa della liberazione) is a national Italian holiday commemorating the end of Nazi occupation within Italian territories. After twenty-three years of Fascist dictatorship rule and later Nazi occupation, Italy was finally free to redefine its future government. This was a watershed moment, for Italy’s united territories, defined borders and single administrative government had only been established a few decades before the breakout of World War II. The country was still a monarchy. When, by May 1st, all of northern Italy was liberated, Italians were ready to be the writers of their own stories.

In part two, we’ll look at how Italy celebrated April 25 2020 during the midst of the Covid-19 pandemic.