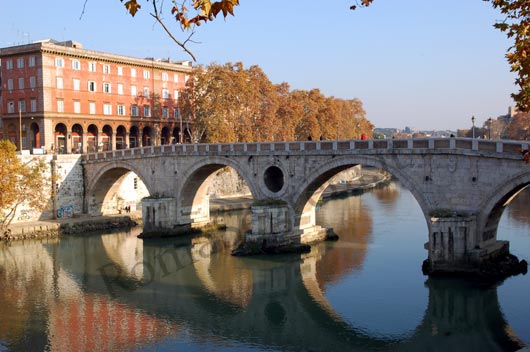 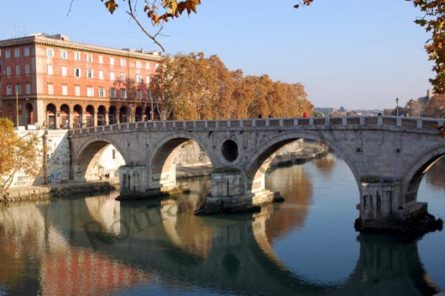 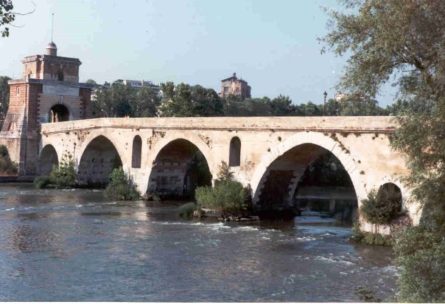 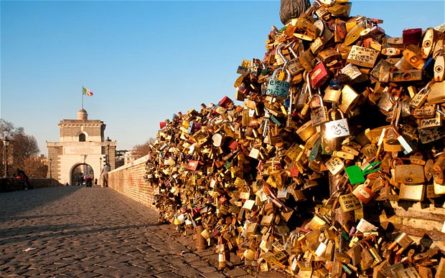 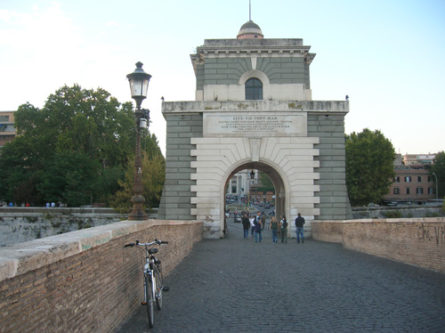 A bridge was meant to be crossed, and when in Rome you will see a number of bridges that cross the Tiber, you simply must visit.

We all know that London is famous for its bridges and stories that go with them, but less is said of the stories of those in Rome.

If you visit Rome you can’t help but notice it’s bridges, especially perhaps Ponte Sant’Angelo bridge, with it’s angels linking the city centre to Castel Sant Angelo. This bridge was commissioned by Roman Emperor Hadrian in 134 AD, and is a main pedestrian crossing, photo spot, and meeting point for many where you can gaze up at the angels, each symbolic of aspects of the persecution of Christ.

The castle was once a prison where the bodies of executed criminals were put on display as a deterrent, to warn criminals of the fate they may meet should they break the rules.

Rome’s oldest bridge is Ponte Fabricio, and is still the same as the day it was built. At 62 metres across, it was built in 62 BC, and has never faltered though in constant use, which is a testament to the building skills used in creating it. It was commissioned by Lucius Fabricius, the curator of the roads, and is completely intact from Roman antiquity.

In contrast, crossing from the trendy Prati district to Flaminio, is another bridge that has seen many changes over the years, especially by name. Built in 1929, as Ponte Delle Milizie, this bridge then became Ponte Littorio, re named after the symbol of Fascism, changing after Mussolini’s regime, as many landmarks did. It is named after the socialist politician Giacomo Matteotti, who was kidnapped nearby.

Ponte Milvio links the banks of the Tiber to the north of the city, and is also called the ‘lovers bridge’, as it is used to lock padlocks by lovers and sweethearts as tokens of affection for one another. You will see chains and padlocks in abundance left symbolically placed in a never ending ritual by many Italians. But it was also where the Milvian battle occurred in 312 AD where Maxentius drowned, forced to retreat to Constantine who became the sole ruler of the Roman Empire, marking the beginning of the conversion to Christianity. These days as well as a pleasant stroll, you will find antique markets on a Sunday from 9am to 10pm, as well as regular nightlife happenings.

Ponte Sisto, is a bridge in Rome’s historic centre connecting Via dei Pettinari, in the Rione of Regolata to Piazza Trilussa in Trastevere. It was constructed in 1473 commissioned by Pope Sixtus, after whom it is named. No traffic is allowed on this bridge, only pedestrians, and is a main access to the ancient quarter.

Just within Romes city boundaries, though once outside them, Ponte Nomentano which has been destroyed, rebuilt, and repaired over many years, was once the point whereby who came in and out of the capital were watched and counted, from a small tower within the bridge. Located by nearby parks, it makes for a pleasant stroll, as well as a conversation piece.

The Tiber is the third longest river in Italy, and the main watercourse through Rome. It runs from the Apennine mountains in Emilia-Romagna and flows 406 kilometers through Umbria and Lazio, where it joins the river Aniene, to the Tyrrehnian sea, between Ostia and Fiumicino. A critical source for Rome, it was used for trade and commerce, as boats could access it and deliver stone, timber and food supplies to Rome.

Why not make Rome your next port of call, with Italy’s Best!