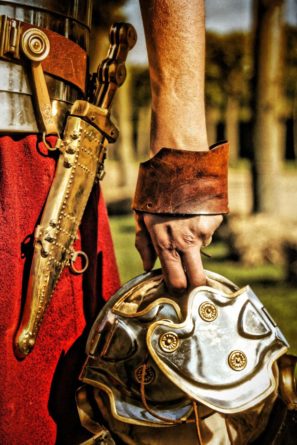 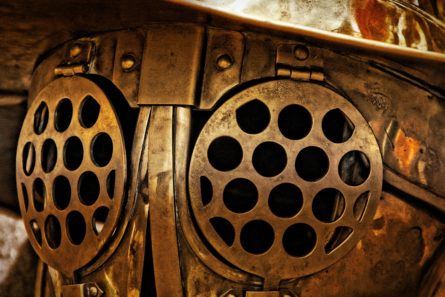 Have you ever wondered what it was like to be an ancient Roman Gladiator, and how Gladiators felt?

Well, now is your chance. When in Rome! Grasp the opportunity for a lesson at the Gladiator School, and an unforgettable experience with Italy’s Best Rome tours.

What were the weapons they used?

One of the common weapons of the gladiators.

A small leaf shaped dagger used by some gladiators.

A trident was the common weapon of the retarius gladiator.
Cestius boxing gloves.

A weighted net big enough to cover a man whole. It was used by the retiarius and again was taken from the idea of a fisherman which the retiarius represented in the amphitheatre.

The lasso was simply a rope with a loop that one latched onto a head or a limb could be pulled tight and would trap its wearer. This was used by the retiarius styled laquerius gladiator.

The arcus was the Roman bow and was what was known as a composite bow. This means is was made from multiple layers and materials, which added power and range to its shots.

The caestus a roman boxing glove, adapted from the Greek method and was leather and padding applied to the hands and wrists and sometimes the forearms. The caeastus was designed not to protect the person being hit, but actually the person throwing the punch, as hand breaks were common. 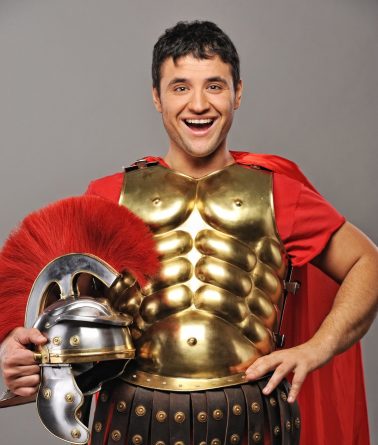 Seize the day and arrange a class time to suit booked through us. This expeience includes entrance to the Gladiator School of Rome Museum. Located near the Colosseum, this hands on, unique, educational class will teach you Roman history, instructed by members of The Historic Group of Rome, where you will be able to re-enact real Gladiator combat and receive a certificate at the end of your training.

You will also get the chance to join in a traditional fighting tournament where you can fight for a prize! If your family aren’t all up for feeling so tough, they can watch you take your class from a viewing platform, just like real Roman crowds did in ancient times. Hotel pick up and drop off can be arranged with us too, just ask for it to be included when booking. Minimum age is 6 years old. 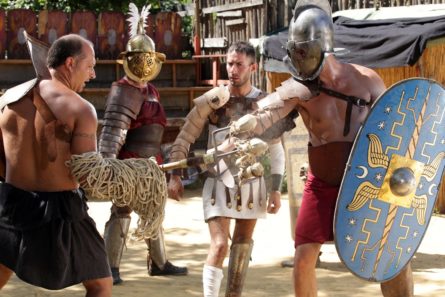