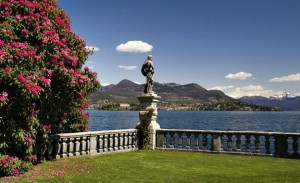 Whether you like the beach or prefer the lake, Italy boasts the best of both worlds, but if you are in ‘team lake’ and think that the beach is a bore, it’s time for the Lake Maggiore tour.

Maggiore, meaning the ‘greatest, or superior’, is Italy’s second largest lake and the best thing about it is that there are many islands to choose from, making this a worthwhile weekend adventure.

What makes it the greatest, and where is it?

They don’t call it ‘maggiore’ for nothing. This beautiful lake extends for miles, 43 to be exact (70 kilometres) and 3 to 5 miles (3 to 5 kilometres) wide, except at the bay opening westward between Pallanza and Stresa, where it is 6 miles (10 km) wide.
Lake Maggiore is situated in Northern Italy, north of Milan, between Lombardy and the Alps, and is fed by the Rivers Ticino and Tresa. It is the longest Italian Lake, stretching between the two regions of Lombardy and Piedmont, and the second largest, extending into Switzerland. With breathtaking views, hills in the south, mountains in the north, this is one of Italy’s best tourist treasures.

Lake Maggiore and the Borromean Islands

Situated 400 metres from the lakeside town of Stresa, Isola Bella is 320 metres long by 400 metres wide and is entirely occupied by the Palace and its Italian garden.
Until 1632 the island was not much more than a tiny fishing village, but that year Charles the 3rd of the wealthy Borromeo family began the construction of a palace dedicated to his wife, Isabella D’Adda, from whom the island takes its name.
Today it is a popular tourist attraction and plays host to the annual Stresa music festival in July.

Mini paradise would be a modest description for the mother of the Borromean islands, which is 220 m wide and 330 m long, and the largest island of the Isole Borromee.

This once upon a time medieval defense is now a botanical garden housing azaleas, rhododendrons, camellias, and ancient wisteria. Although the gardens are less formal than Isola Bella, it does display Europe’s largest example of a Kashmir Cyress. Peacocks and a rare species of birds make this a must see on your Maggiore itinerary.

Fisherman’s Island gets its name from the occupation of its inhabitants, that’s right, fishermen. This island, with its windy medieval streets and view of the lake, offers a charm, difficult to forget. The beautiful countryside surrounding Lake Maggiore offers incredible views, including the provinces of Novara and Varese and the Canton Ticino, with its natural beauty.

The island of San Giovanni has none of the opulence or fame of the other Borromean Islands, but it still intrigues passers by, strolling along Pallanza lake front, where you have a brilliant view, as only a few dozen metres from the shore. Many eminent figures have resided on the island, one of which being the great conductor Arturo Toscanini, who lived in this “place of peace and hospitality” from 1927 to 1952.
The island is first mentioned as “Isola di Santo’Angelo” in a document drawn up by the Emperor Otto III in 999 AD; at this time a castle and a church dedicated to St Michael the Archangel stood here, hence the name. When the church was demolished the name of the island changed to “San Giovanni”, from the oratory where a baptismal font dedicated to St John the Baptist still exists. In the middle of the twelfth century the island belonged to the Barbavara family.The island can be admired from the lake, by boat.

Tivoli would make a perfect day trip from Rome. Book your Tivoli tour with Italy’s Best.