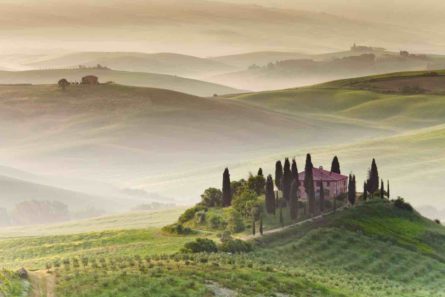 But, before we talk about these must do destinations, let’s discuss what it was like in medieval Italy.

Medieval Italy saw the birth of many important poets and writers, and became the cradle of Western art. In 1321, Dante Alighieri, delighted the world with his Divine Comedy, which formed the basis of literature in modern Italian.

An artistic revolution began, as artists started to depict matters that weren’t only Biblical. With landscapes, floral designs, and the everyday life becoming focal points for new works, as well as many medieval masterpieces still portraying biblical scenes. Most people lived in small wooden houses with no healthcare and Italy was also divided into lots of mini countries, because of wars between the different towns.

Why are there so many walled towns in Tuscany?

13th century Tuscany was the focal point for political and economic growth, and on it’s way to becoming one of the most powerful places in Western Europe. After the fall of the Western Roman Empire, the region went under the Ostrogoth and Byzantine dominations, before the Lombard conquest in 569. Tuscany was made a Duchy, it’s seat in Lucca, and during this period acquired many castles, abbeys and monasteries, which is what makes it so beautiful today. Florence, Siena and Pisa were all in competition with one another to be the more powerful.

Not to be outdone by one another, the different towns began constructing massive buildings out of civic pride. This meant that the Middle ages saw a boom of art and architectural commissions, which now gives us all the more architecture to explore. 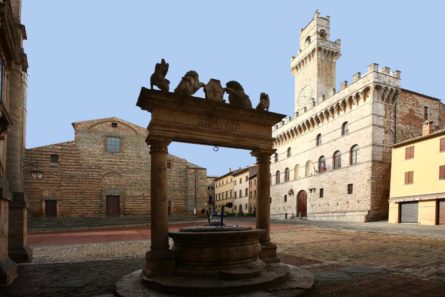 Montepulciano, a medieval Tuscan village, ticks all the boxes, with great wine, castle walls, delicious menus and thermal springs. It has been producing wine since Etruscan times. The local wine, Vino Nobile di Montepulciano, is one of Italy’s classic red wines, and is partly why Tuscany has made it’s mark on the world wine map. Italian poet Francesco Redi described it as “the king of all wines” in his poem Bacco in Toscana (Bacchus in Tuscany). You may experience deja vu in Montepulciano’s main square, because the Twilight sequel ‘New Moon’ was filmed there. It has a fountain which boasts the Medici family symbol of a lion, with manymedieval and Renaissance buildings to spoil you for choice. The Duomo, the Palazzo Comunale, the Palazzo Tarugi and the Palazzo Contucci. Big enough to spend more than a day, why not let us tailor make your romantic Tuscan weekend here. 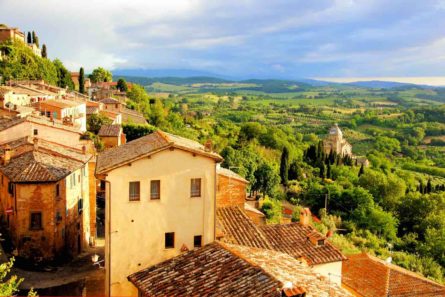 Montefalco, the most beautiful, well maintained, tucked away delight of all the towns mentioned. This town has one main square which is paved with a falcon, because Montefalco means Falcon Hill. Wine wise, Montefalco’s vineyards date back to the 11th century and Pliny the Elder talks about the wine of Montefalco, although it’s famous Sagrantino grape can only be traced back to the 1800s. It is believed that Saint Francis of Assisi bought it back with him from the Middle East as a sacramental wine. Whilst the what to see and do list might be less than other towns, that’s what makes it special in a way. With more time to relax at the Bondatosi Palace Hotel and eat delicious local produce at the Alchemista restaurant in the main square. Did we mention that Montefalco makes some of the country’s finest cottons and linens? They don’t call this town the Balcony of Umbria for nothing. The views, ah the views. 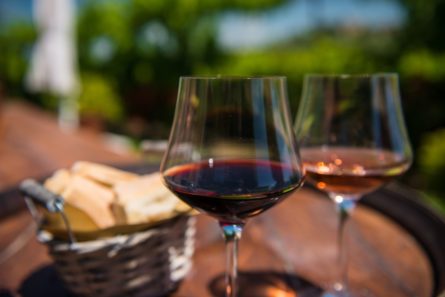 Montalcino puts the M in medieval. It’s walls are high and mighty, and built in 1361 to mark the passage of Montalcino under the domination of Siena. With medieval towns and delicious local wine being the winning combination, we must talk about their renowned wine Brunello di Montalcino. A red, produced exclusively in Montalcino and one of Italy’s most famous wines. According to DOCG regulations, Brunello wines cannot be commercialized before five years, since production, (6 years for the Riserva wine). During this long period, the wine must remain for at least two years in wooden barrels and undergo a minimum of four months of refinement when bottled. Montalcino is in between the Val d’Orcia Natural Park and the Maremma part of Tuscany, which is about the best of both worlds as it gets.

Want to witness the best medieval festivals with delicious food at a town not too far from Rome? Then stay tuned to the Italy’s Best Blog for more. 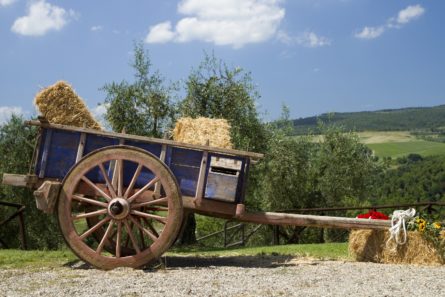