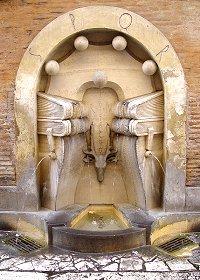 Animal sculptures are hiding on every street corner and piazza in Rome, so next time you are sat, sipping a cappuccino, have a look around. Some are hidden and some are staring you right in the face! How many have you noticed? Here are a few of our favourite.

The stairs leading down from the Capitoline hill, have an elegant Egyption lion on either side. When in Rome! 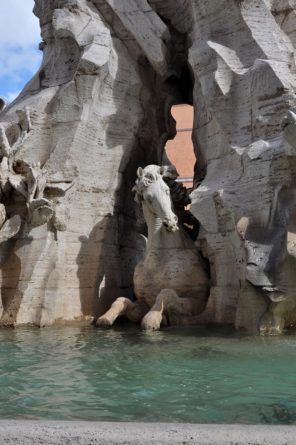 The Fountain of The Four Rivers

Spot the lion, horse, snakes and dragons on Baroque sculptor Bernini’s 1651 travertine masterpiece for the Pamphilli Pope Inoccent X. Lions and horses are symbolic and represent the continents of Europe and Africa on the international fountain celebrating the great rivers of the world. 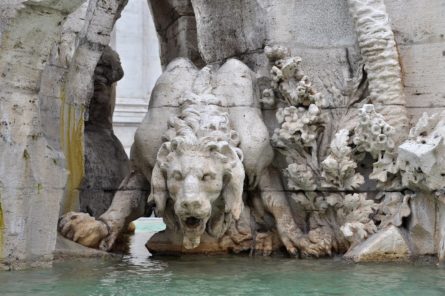 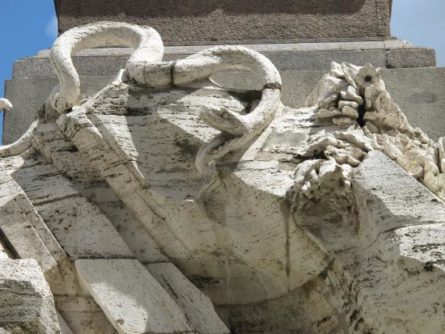 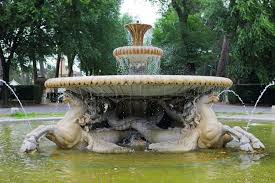 We love the marine horses in the Borghese Gardens, on the Fountain of the Marine Horses. About as beautiful as beautiful gets. Why not book a special family treasure hunt tour of the Borghese Museum and make a day of it? 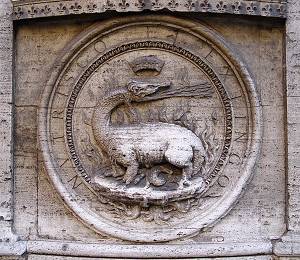 Dragons are the symbol of the Boncompagni familly and Pope Urban VIII. Dragons and eagles can be seen at the entrance of the Villa Borghese park and on the many different fountains inside.

Look out for the dragons on the Well, too, in the courtyard of Santa Maria Sopra Minerva, right behind the Pantheon. 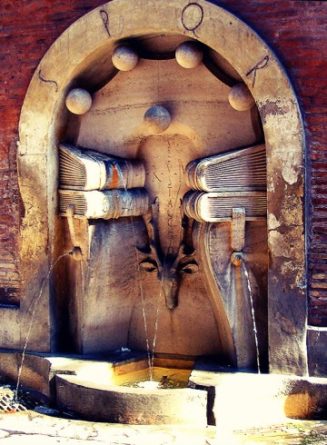 Fountain of the Books

Right by the seat of the Italian Senate.

The story with this fountain
is fascinating. A Roman soldier who converted from Pagan to Christian after a miracle occured on a hunting mission, a deer started to talk with him, introducing itself as Jesus and taking a human shape. From that time, Eustachio became a real Christian and due to his faith, he was martyred in Rome. 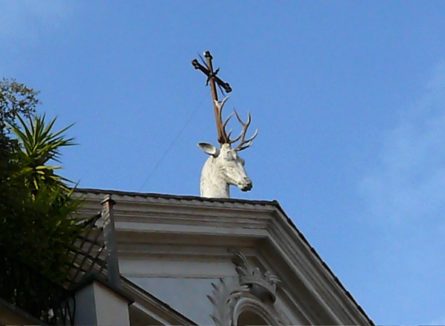 There is also a stone statue of a deer on top of the Church of Sant’Eustachio, in the main square of the district. The deer are surrounded by many books, symbolizing the numerous libraries in the area and particularly the palace of La Sapienza, the first seat of the University which was born in Rome in the 1300s. 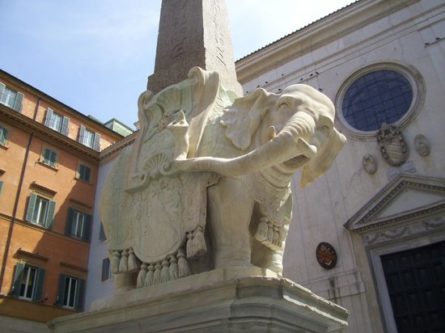 Bernini’s elephant on top of an ancient Egyptian obelisk in Piazza Santa Maria Sopra Minerva is not exactly a hidden animal sculpture. But, did you ever notice the message inscribed in Latin on the sides of the drapery that reads:

Meaning: You, whoever you are, who see that the figures of wise Egypt sculpted on the obelisk are being carried by an elephant, the strongest of beasts, understand that it is proof of a strong mind to sustain solid wisdom. 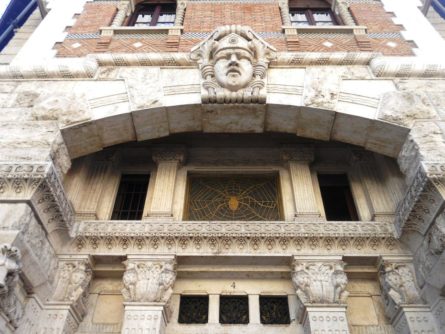 And, although an insect, not an animal, we have to mention the Spider on the Palazzo of the Spider. A bellissimo building in Piazza Mincio, with a massive Art Deco spider in a gold mosaic web, designed by Gino Coppede, who was commissioned in 1919 to design a new residential section of Rome.

His works can also be seen at Piazza Buenos Aires and Piazza Barberini.

Look out for lots of other interesting animal sculptures when you are in Rome, as the list is eternal, like the city itself.