Mausoleum of Augustus to be restored

Mausoleum of Augustus to be restored 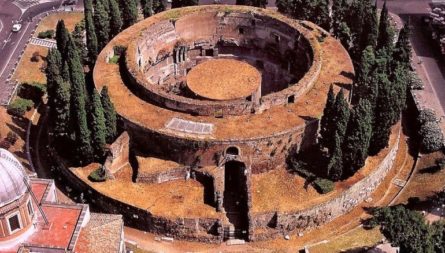 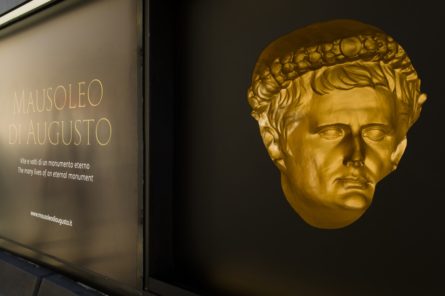 The Mausoleum of Augustus, was built in 28BC for Augustus, the first Roman Emperor (from 27 BC-14AD) and is now being restored with the financial assistance of the Italian mobile phone company TIM. A whopping 6 million Euros has been donated towards the project and an estimated 10 million will be needed to complete the works, with the remaining cost paid by the Culture Minister and the Roman authorities.

Did you know: This was the largest tomb ever built by the Romans, measuring a magnificent 90 x 45 metres.

The restoration is great news for Rome, and when the Mausoleum reopens, having been closed since the 1960’s, it will contain a multi media installation which will re tell its history. Illuminated walkways designed by Oscar winning Italian designers, a museum and a shop will make this the next top tourist attraction. This is long overdue, and was meant to be finished in time for 2014 for the 2000th anniversary of the death of Augustus.

The Mausoleum has been in a state of neglect for decades, and has been closed off, unsafe to the public. With work now underway, it shall once more become the glorious monument as it was intended to be. Originally the tomb, which contains the remains of not only Augustus, but Emperors Nero, Tiberius and Vespasian, featured a bronze statue of Augustus, atop a detailed roof structure. And, because certain parts of the Mausoleum have never been fully excavated, it is most likely that many treasures will be found as works continue. This will, of course, enlighten archaeologists and the public alike with further incite into Roman civilisation and history.

Before the works commenced, the site was covered with overgrowth and trash, so the first step was to clear away the mess to begin the task of structural work and restoration of the brickwork and marble. Over the years the site was damaged, due to bombings during the War, as well as vandalism, and it was even used as a bull fighting stadium and concert hall at different points in time.

The possibilities of this immense project are huge, considering the tomb contains the remains of the Emperors:

Augustus, the Roman Emperor from 27AD to 14AD.

Tiberius, the Roman Emperor from 14AD to 37 AD. Thats 22 years of crazy. Succeeded by Caligula.

Nero, the 5th Emperor of Rome, who ruled for 13 years from 54 AD to 68 AD. Succeeded by the year of the four Emperors in AD 69 the following year, Galba, Otho, Vitellius and Vespasian.

And Vespasian, who was the Roman Emperor from AD 69 to AD 79, 10 years at the top, succeeded by his son Titus.

What secret treasures that might be uncovered remains to be seen, but needless to say, are priceless if found. The eventual opening of this great site shall be a major tourist attraction for Rome and available to the world to visit and learn from. It is also yet another example of the generosity which is being given by donations all across Italy.

On Tuesday, Rome’s mayor Virginia Raggi visited the work in progress, where she said: “Rome is taking care of the riches left to us by history, and making them available to our citizens and to visitors from around the world.”

Recent years have seen a string of famous Italian sites renovated with funds from private donors, many of them from the luxury fashion sector.

Stay tuned to Italy’s Best blog to be in the know of the what’s what and read all about it. For other up to date news, sign up for our regular newsletter with snippets of how best to plan your tailor made Italian trip, as well as never miss a trick on what to see and do in Rome.