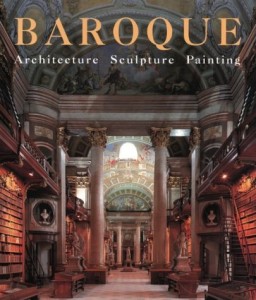 Baroque marvels await you at every turn of the mind blowing maze that Rome is. But, where to begin? The best way to see Rome would be by booking a tour with Italy’s Best. In the meantime, here are some of our favourite Baroque monuments and masterpieces by Bernini, Borromini and Caravaggio. 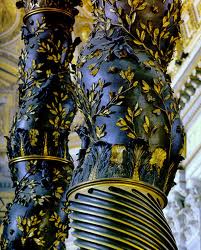 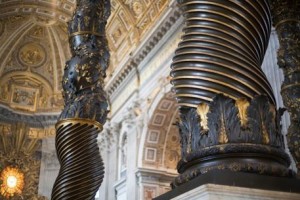 Baroque is a period of artistic style that began around 1600 in Rome, and spread to most of Europe. It used exaggerated motion, drama, tension and grandeur in sculpture, painting and architecture which drew on the senses in an excessive way. Because people were turning their back on the church, art was a powerful tool to encourage them to re ignite their faith, which led to the Counter Reformation, a reform movement within the Catholic church and a response to the Protestant reformation at the time.

Baroque begins with a B, and two artists appeared on the scene at the time with a particular genius uniquely fitting to the movement. Gian Lorenzo Bernini (1598–1680) and Francesco Borromini (1599–1667). But B is not only for Baroque, its also for Borgia, Borghese and Barberini, who were some of Rome’s wealthiest families who commissioned art. Along with Michelangelo Caravaggio, Rome’s answer to Rembrandt, Bernini and Borromini were the designers who put this period of art on the map. 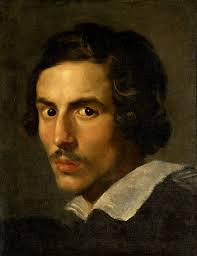 When Bernini decided to do things big, he created miracles out of marble, drawing emotion from his viewers which was the goal of the period, with stone carved angels as witnesses. It was a movement of drama and emotion where ‘More is more’ went the motto and featured exaggerated lighting, intense emotions, a release from restraint, and a kind of artistic sensationalism.

The Borghese Gallery is a museum draped in drama and beauty, situated at the top of what is today the Via Veneto, and originally a weekend retreat for Cardinal Scipione Borghese. It holds a major art collection due to Borghese’s wealth and good taste, and houses some of Bernini’s best works. Not to mention, Raphael, Titian and Caravaggio too. This museum takes you back in time to experience an abundance of opulence. 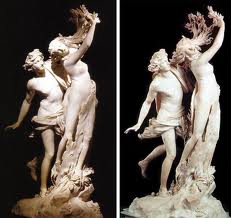 Bernini could make marble do things never done before. Because of Daphne’s beauty, Bernini went with the theme of the pursuit of the mythological nymph by the God Apollo, as inspired by Metamorphoses by Roman poet Ovid, in Apollo and Daphne (1662-1625). Daphne pleaded with her father Peneus,’Destroy the beauty that has injured me, or change the body that destroys my life’. Daphne’s transformation from woman to tree is somehow captured mid moment. and spectators are momentarily mesmerized by this statue in the round. When it comes to both art and emotion, Italians do nothing by half measures, and these creations are living, breathing examples of that. Other incredible highlights to see in this museum are Bernini’s other statues ‘The Rape of Persephine’ and his ‘David’.

Visit Bernini’s ‘The Ecstasy of Saint Teresa’, in the church of Santa Maria della Vittoria, a Baroque church dedicated to the Blessed Virgin. Located at Via XX Settembre 17, a mere block or two away from the Republica metro station, this work is widely considered a masterpiece of the movement.  A definite ‘must’, on the Baroque list.

No Baroque hit list would be complete without a trip see the largest church in the world, St Peters Basilica. Before you enter this beautiful basilica, enjoy Saint Peters Square in front of it, which is designed by the same man. The enormity of the building is astonishing and before you go into the church, take a look at the shape of the piazza, it is round. Yes, circular, symbolically representing the arms of the church welcoming you back into Christianity, with the Counter Reformation.
The interior is jaw dropping, and rising above the altar of Saint Peter’s Basilica, is Bernini’s masterpiece, the Baldacchino, a majestic bronze gazebo. This was the first time the artist combined sculpture and architecture, an important development in Baroque church interior design and furnishing, taking nine years to make from 1624 to 1633. Decorated with the bees of the Barberini to whose family Pope Urban VIII belonged. The bronze for this 95 feet canopy amounted to 6.000 tonnes. A division of which was taken from the roof of the Pantheon at the order of the Barberini family. There is a famous expression in Rome, that what the barbarians did not do, the Barberini did.

A cobbled stones throw behind Piazza Navona is the church of Saint Louis in France, home to three Caravaggio paintings depicting scenes from the life of Saint Matthew.

Michelangelo Merisi Caravaggio was an artist active in Rome, Naples and Malta between 1592 and 1610, famed for his inner turmoil, torment and torrets. He murdered a man during a drunken bar room brawl, before being exiled from Rome. Emotional energy made it’s way from his brush to the canvas, deploying the dramatic lighting that was revolutionary of the time. Dramatizing realism, the mirror mattered as much to his work as the brush, as looking at real life was as important as the tool itself. He made his subjects come to life, by omitting halos, or rather making them minimal, thus bearing more of a likeness to the viewer than the Renaissance artists did before him. His work being more believable, with drama, light and expression, which make these paintings appear almost three dimensional. ‘The Calling of Saint Matthew’, ‘The Martyrdom of Saint Matthew’, and ‘Saint Matthew with an angel’, were masterfully created between 1599-1600, and seeing is believing. Church of Saint Louis in France (closed Thursdays).

Bernini’s Fountain of the Four Rivers in Piazza Navona

Rome’s largest square boasts both Borromini and Bernini, and is home to the Fountain of the Four Rivers, which is a perfect place to watch the world go by. With a 3,500 year old obelisk on top of this fountain, four rivers: the Nile, Ganges, Danube, and Rio di Plata, this fountain embodies what a melting pot Rome is. Bernini’s giant men, each representing a river, boast Travertine stone muscles that dominate the piazza. Power, wealth and papal strength is the name of the game. The men each hold symbols relevant to their rivers, and one holds up the papal crest. The Roman fountains have the added impressive thumbs up because they are fed by the aqueducts, providing water to the city dwellers. Public fountains in Rome served multi purposes, they were highly needed as sources of water in the centuries prior to home plumbing, and they were monuments to the papal patrons. The fountain has a huge lion and horse wading through its water, ‘pure drama’, while the mane of the horse becomes merged with its foliage, as Bernini boasts that mixing texture and Travertine is all in a days work for him. The lights on this fountain are on for 24 hours, so the later the better, for a postcard perfect La Dolce Vita, Kodak moment.

Is it a palace, is it a church? The impact of this building makes one wonder, for a minute, if it’s a church at all, as it dances over piazza Navona, alongside the Pamphili Palace. It’s facade is concaved and convexed, in movement, typical of Baroque style. It is almost musical in it’s design. It stands in Piazza Navona, bang opposite Bernini’s fountain. It is often said that Bernini sculpted the figure of the “Nile” covering his eyes as if he thought the facade designed by his rival Borromini was a monstrosity. This story, like many urban legends, persists because it has a ring of authenticity, despite the fact that Bernini’s fountain pre dates the facade by some years. Borromini and Bernini became rivals, and more, competing for architectural commissions.

One of Rome’s four major basilicas, close to Termini station, this is a stop well worth making. The little square in front of the church is modelled on Saint Peters square and frames the church beautifully. A Baroque must see, not only for the beauty of the church but also for the colonnade.

Things to see in this Piazza are the Barberini Palace and the two Bernini fountains, his Triton fountain, and the Fountain of the Bees. The palace is home to a grand Bernini staircase, leading to the National Gallery of Ancient Art, and a fabulous bookshop, with leather bookmarks and a bunch of coffee table items dear Santa must buys! The Piazza Barberini’s monumental Triton Fountain, was too important to be belittled by animals drinking from it, so Bernini multi tasked by building a mini fountain, called the ‘Bevetaori drinking fountain’, also known as the Fountain of the Bees, on the corner of the same square.

The designs of the two fountains complement brilliantly. The Triton Fountain is echoed with the use of shells to form the inscription plaque and basin, that match those in the larger fountain, as well as the trademark de rigueur Barberini bumble bees, serving as spouts. Bernini was favored by the Barberini, whose palatial residences dominated the square named after said clan. The difference between the early Baroque of the Borghese and the high Baroque instigated by the Barberini Pope Urban VIII, are witnessed here.

Rome wasn’t built in a day, but it’s decadence and glory are the icing on the cake, or the chocolate dusting on the marocchino, if you will. The beauty of the Baroque monuments contribute to the energy and drama of this city called Rome.