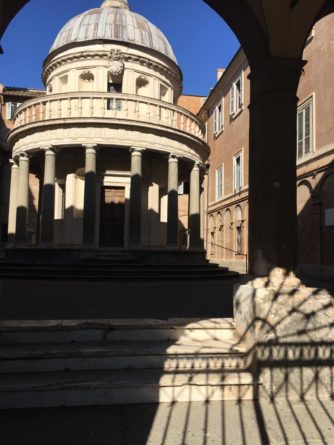 Bramante’s Tempietto (meaning, mini temple) is off the beaten track Rome beauty at it’s best. A walk up to the Gianicolo hill, from Trastevere will bring you to this hidden corner of the city, with breathtaking views over the the domes of Rome. Bramantes ‘Tempietto’ and the church of Saint Peter In Montorio on this hill is like stumbling across a treasure chest of Renaissance and Baroque masterpieces.

Donato Bramante was commissioned by the Spanish royal family in 1502 to build the church and the martyrium on the sacred site, where Saint Peter was believed to have been crucified by the Emperor Nero.

Most tourists don’t know of this beautiful must see, so you will most likely have it all to yourself.

The masters who have worked in this one church are:

Giorgio Vasari
If you are thinking you have never heard of him, he is none other than famous author of The Lives of The Artists and the sculptor of Michelangelo’s Tomb in the Santa Croce in Florence.

This is his fresco painting of The Conversion of Saint Paul beside the tombs of Antonio and Fabiano del Monte in the Del Monte Chapel in San Pietro in Montorio. 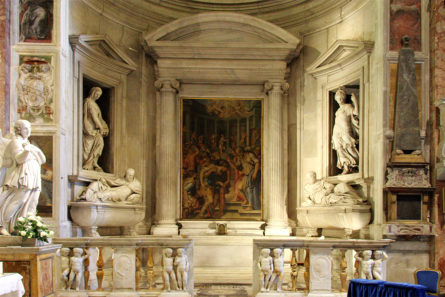 As see here below in the photo, it’s round in shape, which is similar to the ancient Temple of Vesta in the Roman Forums. 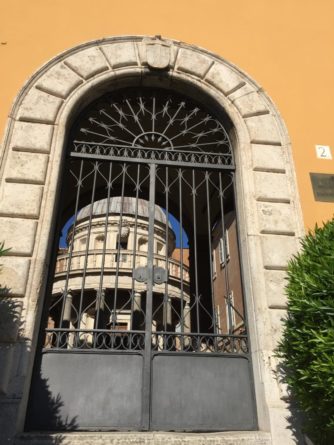 Gian Lorenzo Bernini
Entering the church, on your left is the Raimondi Chapel with Bernini’s Ecstasy of Saint Francis of Asisi. 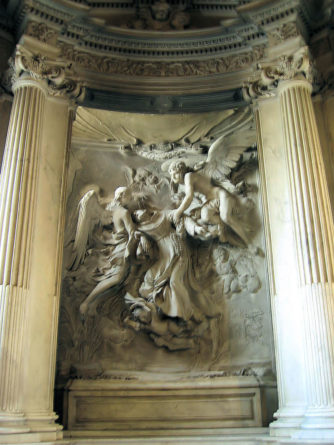 Sebastiano del Pombo
The Flagellation of Christ, believed to have been assisted by Michelangelo, who was godson to Sebastiano’s son. 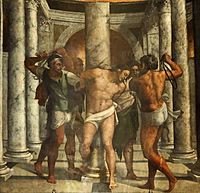 The Coronation of the Virgin Mary 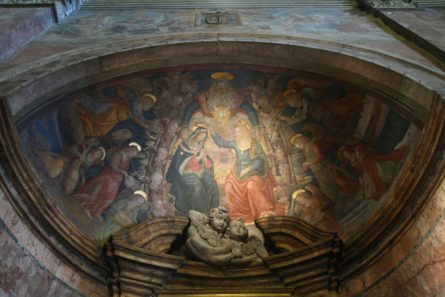 This special site opens early, at 8.30am and closes at 12, and then opens agains at 3pm. The morning light is best to fully appreciate the amazing artwork inside.

This is also where you will find the Spanish Academy, because this church was commissioned by King Ferdinand and Queen Isabella, who ruled Naples and Sicily. 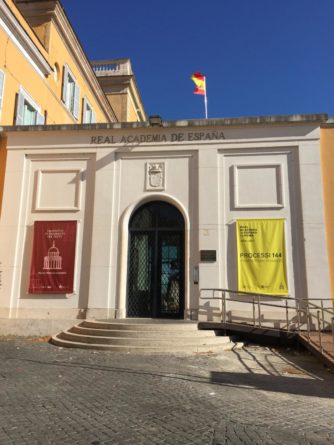 If you want to make a day of the off the beaten track sites, Italy’s Best have the in the know insider knowledge and access to special monuments needed to tailor make your tour.