Our favourite flowers in Rome

Our favourite flowers in Rome

Flowers are all around us, in stone, frescoes, and marble. Here are a few of our favourite around the city. 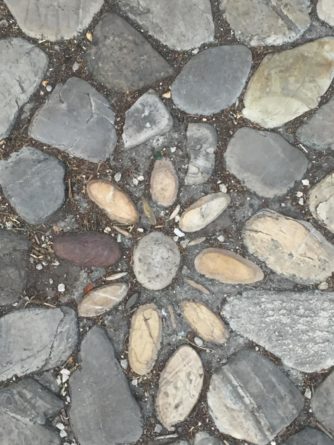 How gorgeous are these stones that form the shape of a flower at the fountain @ Piazza Mazzini, in the Prati neighbour, a ‘stones’ throw from the Vatican City. A great space to sit and enjoy a gelato in the sun. 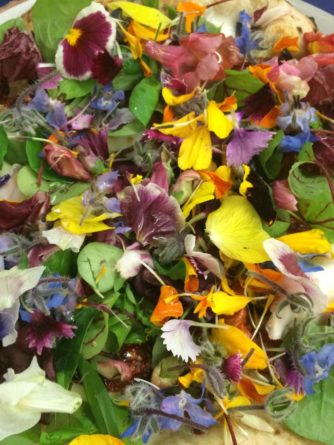 A floral pizza? Could Italy get any sweeter than in the Spring! Gatta Mangiona Pizzeria in the residential neighbourhood of Monteverde is where this delicious dish hails from. 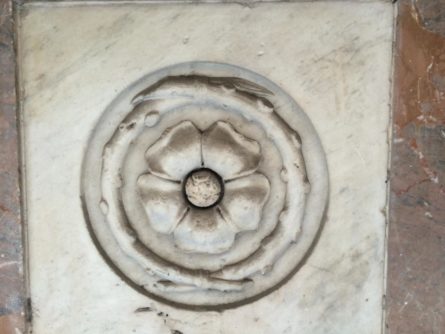 A lil stone flower carving on a window frame on the oh so quaint street of Via Monterone in the historical centre. Located right behind the great old school San Eustachio coffee bar. 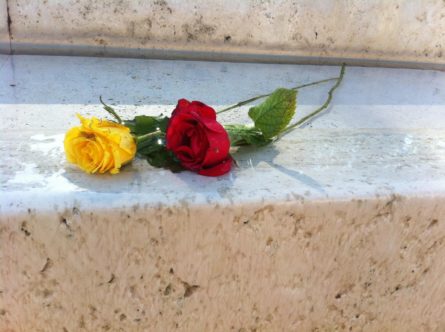 Roses are red… and red and yellow might we add, which are the colours of the Rome flag, bathing in water and looking beautiful on the travertine fountain at the Ara Pacis museum designed by Richard Meier in 2016 in downtown Rome. When in Rome! 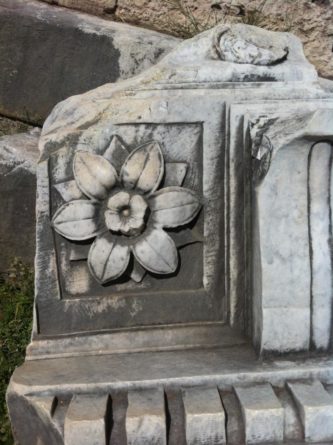 A lone flower sitting happily in the Roman Forums as 100’s of tourists line up to admire and take snapshots of it. From which temple does it hail? It’s fallen down the roof of the Temple of Saturn.

The 4th century Temple of Saturn is situated in the north west corner of the Roman Forum of Rome. Built in honour of Saturn it stands on the site of the original temple dedicated in 497 BC by the dictator Titus Tatius, which itself had replaced the god’s first shrine, the Ara Saturni.

Saturn is something of a mysterious figure in Roman religion. Depictions of the god in surviving art have shown him wearing a veil and brandishing either a sickle or a pruning knife. A similarity to the Greek god Kronos, he was especially worshipped in the Saturnalia festival held on the 17th of December (from at least the 5th century BC) which lasted several days. Interestingly, this festive occasion saw people giving gifts to one another, slaves having the freedoms enjoyed by ordinary citizens, and more informal clothes were worn instead of the usual toga. There was a general round of partying and merrymaking which made it the happiest festivals of the Roman calendar. So much so that Gaius Suetonius Tranquillus (also known as Catullus) described it as ‘the best of times’.

* Gaius Suetonius Tranquillus, commonly known as Suetonius, was a Roman historian belonging to the equestrian order who wrote during the early Imperial era of the Roman Empire. He greatly influenced Ovid, Horace and Virgil and after his rediscovery in the late Middle Ages, he gained many admirers. His surviving works are still read widely and continue to influence poetry and other forms of art. 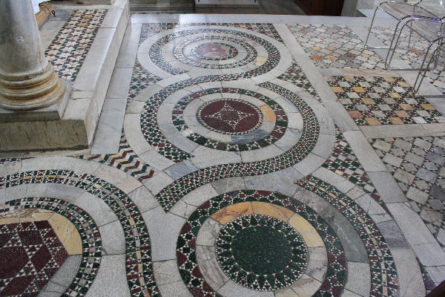 Basilica Santa Maria Ara Coeli (The Basilica of St. Mary of the Altar of Heaven) is an absolute must see on the Capitoline Hill. It is still the designated Church of the city council of Rome, which uses the ancient title of Senatus Populusque Romanus. The present Cardinal Priest of the Titulus Sancta Mariae de Aracoeli is Salvatore De Giorgi.

The floor has lots of little flowers and intricate details as part of the bigger geometric patterns. This style is called Cosmatesque, or Cosmati, a geometric decorative inlay stonework typical of the architecture of Medieval Italy, and especially of Rome and its surroundings, and derived from that of the Byzantine Empire. Cosmati were the leading family run workshop of marble craftsmen in Rome who created these magnificent decorations. Looks familiar? It’s the same as the floor in the Sistine Chapel. Of course, in the Sistine chapel, no one is looking down at the floor, as it’s all about the frescoes on the ceiling. 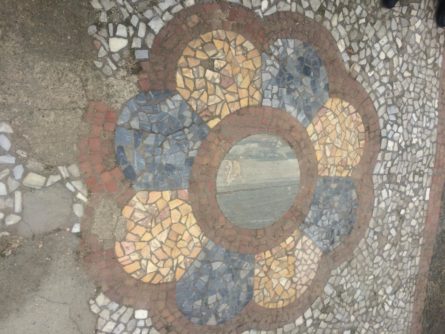 This beautiful detail of a flower is the from the Renaissance gardens at the Villa d’Este in Tivoli.  The bud of the flower is made out of Cipolla marble, a gorgeous sage green marble that has a swirly pattern and is known as ‘onion marble’.

Flowers appear in lots of ancient Roman frescoes, such as this one here on the left of the goddess Flora in Pompeii. Flora was a Sabine hills goddess of flowers and Spring. Also known as Primavera, Flora is the subject matter of Botticelli’s Uffizi masterpiece, the ‘Primavera’.

If you love flowers, be sure to have a look at our special Umbria flower festival report here. 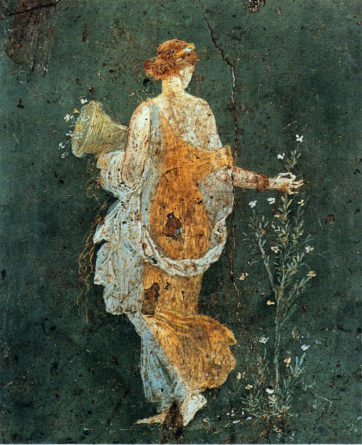 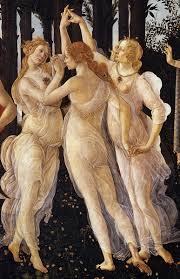