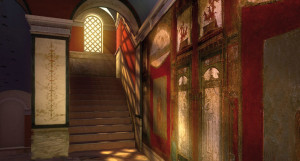 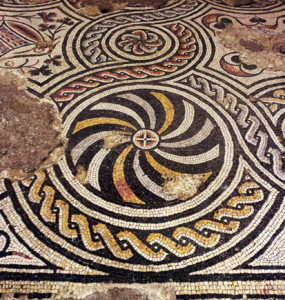 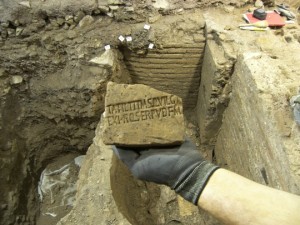 Rome is a maze of ancient, medieval and Baroque masterpieces. What lies beneath today’s Rome, though, is a wealth of ancient Roman ‘domus’ (houses), dating from around the 3rd century AD.

These sites tell us that the Romans were not only masters of engineering, but that they also embellished their halls and dining rooms, with mosaics, marbles and magnificent fresco paintings.

Want to walk around an ancient Roman residence? 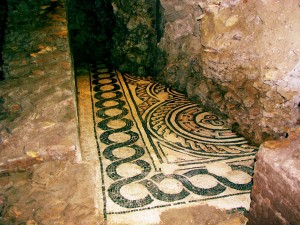 The domus included multiple rooms, indoor courtyards, gardens and beautifully painted walls that were elaborately laid out. The vestibulum (entrance hall) led into a large central hall: the atrium, which was the focal point of the domus and contained a statue of an altar to the household gods. Leading off the Atrium were cubicula (bedrooms), a dining room triclinium where guests could recline on couches and eat dinner whilst reclining, a tablinium(living room or study) Cullina (the roman kitchen) and tabernae (shops on the outside, facing the street). Some were constructed like modern-day town houses with common walls between them, while others were detached.

Atrium: The atrium was the central hall, almost like a modern-day foyer, and it was the most conspicuous room in a Roman domus. Sometimes there was a roof over the courtyard, often with a skylight hole in the centre to let in light, and to channel rainwater into a cistern in the middle of the courtyard. It was one of the most richly decorated rooms in the domus, with beautiful paintings and mosaics.

Because they have been buried by time, they are extremely well preserved, which means that we are able to imagine what Roman life was one like. 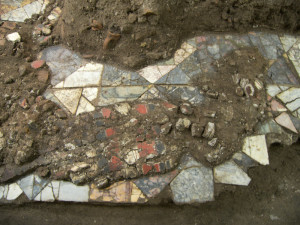