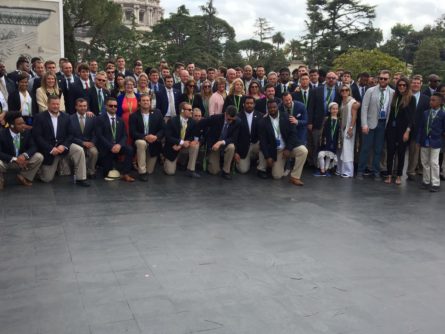 When the Michigan Wolverines football team were in town they wanted nothing less than the best, and so it was Italy’s Best who toured them around Baroque Rome and the Vatican City.

The Michigan Wolverines comprise of 27 varsity sports teams from the University of Michigan and compete in the NCAA’s Division I, as well as the Big Ten Conference. In Rome, they trained at the Giulio Onesti Training Centre, which was built to support Italian Olympic athletes, and the AS Roma training centre.

Whilst they were in Rome, the Wolverines watched a documentary about the Refugees and invited them to watch them practice from the sidelines! Which they did, and enjoyed every minute, wearing Michigan jerseys. There were also 30 American football fans that drove up to watch them from the American navy base in Naples. In fact the field the Wolverines were practicing on was a rugby pitch dressed to look like an American football field, but they made it work.

The team were especially excited about the tailor made tours put together for them during their whirlwind 8 day Italy tour, including all the exciting historical centre highlights, and a full on Eternal City experience. Mason Cole, the offensive lineman, said about seeing the Colosseum: “I think the whole thing will be unbelievable.”

“I want it to be the greatest experience of our players’ lives up until this point..The world is our classroom”, said their coach Jim Harbaugh.

The team wore helmets with decals of Italian and U.S flags on both sides. When In Rome! 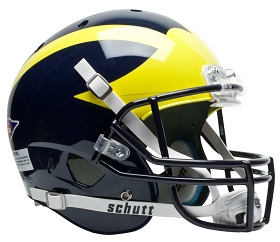