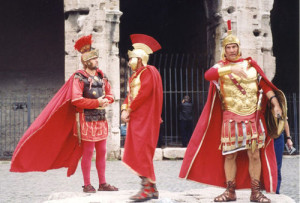 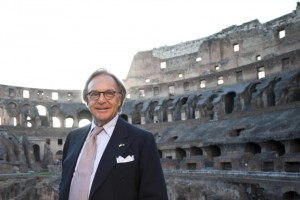 Diego Della Valle, the managing director of Tod’s, has donated 35 million euros to restore the Colosseum. Here, he is using fashions millions for a good cause, to help restore one of the most beautiful monuments in the world. An Italian marketing mastermind for an architecturally worthy cause.

Work started in December 2012. With the damage evident, 1940 years later, following an Earthquake and pollution taking its toll on the Travertine stone arena. Putting the right foot forward, the deal entitles him the rights to use the Colosseum logo as he wishes for the next 15 years, including the Tod’s logo on the admission tickets to the infamous amphitheatre, if he wanted to. Della Valle stated that it was his duty to do so, and he is saying this as a non Roman.

Della Valle has mentioned that he was concerned that other big-wigs in the fashion industry did not follow suit, and in the past has publicly attacked politics accusing Berlusconi for the over-taxing of big businesses, and his failure to support smaller Italian businesses. Tod’s are contributing something back to their roots, through their footwear, and what could be more fitting, than from a cobbler to cobblestones. 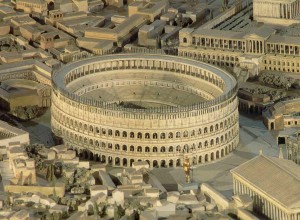 By helping keep alive one of the worlds undoubtedly most beautiful and important landmarks is something which, although a good marketing tool for Tod’s business, no one else had stepped up to the mark. Bringing a long awaited sense of relief to Rome, “It is the end of a nightmare,” Rome Mayor Gianni Alemanno said. Della Valle discusses: “the need for a close relationship between the public and private sector, that can afford to give back funds to culture in Italy”.

Rome makes a beautiful backdrop but sadly 8cm of tuff has fallen off the Colosseum over the decades and it has been almost 80 years since the last major restoration was carried out at the Colosseum by dictator Benito Mussolini.

Rome’s superintendent for archaeological heritage, Mariarosaria Barbera, said that the restoration would make 25% more of the Colosseum accessible to visitors in the future. Della Valle urges other executives with wallets in the fashion sector to likewise provide something into the archeological moneybox with other sites in need of restoration in Rome.

The beauty of Rome has served as a divine backdrop to many a fashion show hosted here over the years. The ancient city was host to a landmark spectacle catwalk show in honour of Valentino leading up to his retirement after 45 years.

The beautiful ancient Roman temples and monuments await your visit.

Italy’s Best VIP Colosseum Tour gives you exclusive access to the areas that, until recently, had been closed to the public, the depths of the underground levels, the towering 3rd level, and the arena floor.

Book a tour with Italy’s Best, for the best of the best.