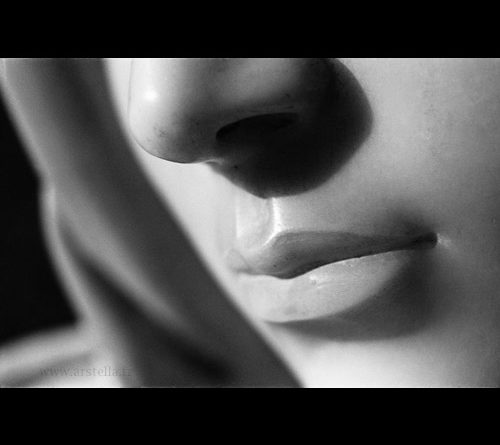 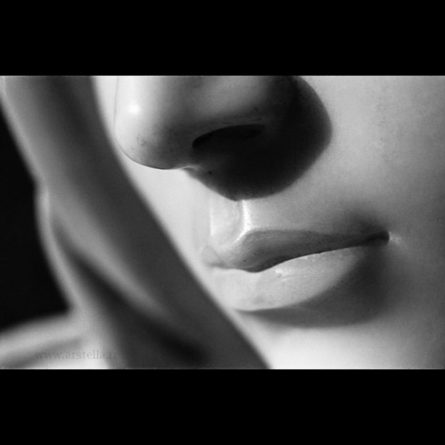 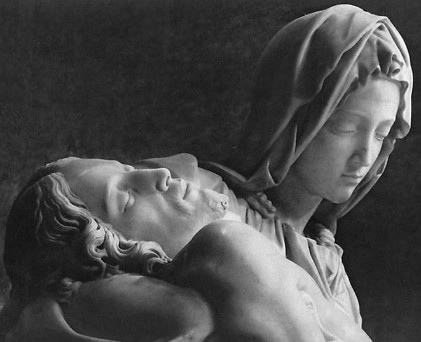 Michelangelo was in his early 20’s when he carved this beautiful statue depicting Mary mourning the  death of her son Jesus. Upon witnessing this masterpiece, the Pope Julius II was so blown away by how life like it was, that he was moved to tears. It was this meeting between the two men that would change the course of art history, because it led to the commission of greatest fresco cycle of all time, the Sistine Chapel ceiling. But, Michelangelo’s passion was always marble.

Michelangelo referred to his sculptures as the prisoners, as if they were prisoners trapped in the marble and he needed to release them. He was considered the greatest living artist in his lifetime, and two of his best-known works, the Pieta and the David, were sculpted before he turned thirty. As if that wasn’t enough, he was the first Western artist whose biography was published while he was alive and is the best-documented artist of the 16th century. 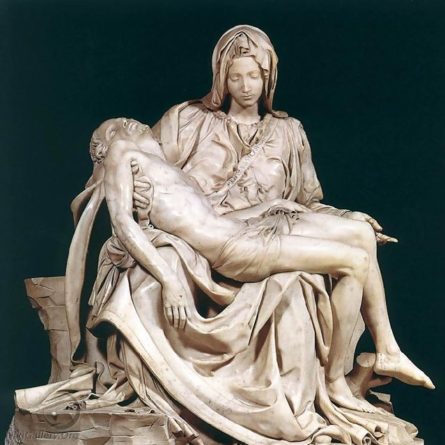 Here’s what you need to know about the Pieta:

It was made in 1498-99 for the French cardinal Jean de Billheres who commissioned it for his own funeral, in advance of his death.

Mary looks much younger than her son Christ here, but it’s symbolic of her divine beauty and eternal innocence.

Michelangelo had a habit of shouting at his sculptures and even occasionally lashing out at them with his tools.

In 1964, the Pieta was shipped to the United States, where it was displayed for the 1964 New York World’s Fair. A barrier of seven massive sheets of plexiglass that collectively weighed more than 4900 pounds were mounted, to protect Michelangelo’s masterpiece.

Back in Rome, a few years later, it was attacked by hammer wielding Hungarian tourist Laszlo Toth on Pentecost Sunday in 1972, who leaped over the railings at St. Peter’s Basilica. Mary’s left hand, the tip of her nose and cheek were damaged.

Master craftsmen picked through the 100 bits of broken marble and managed to seamlessly fix everything, with an invisible glue and marble powder, in a makeshift workshop around the statue. This took a total of 10 months.

During the restoration, workers discovered an ‘M’ on Mary’s hand, believed to stand for Michelangelo.

It is one piece of Carrara marble and the only signed work by Michelangelo. The signature reads ‘Michelangelo Buonarotti’, but he later regretted the vanity of this act, and resolved never to sign another piece of his work.

Michelangelo’s exact design brief for the job was to create “the most beautiful work of marble in Rome, one that no living artist could better.”

It would be fair to say that he achieved exactly that. Hence he was known as the ‘divine one’, during his lifetime, because he managed to master all 3 forms of art, painting, sculpture and architecture.

Book the Italy’s Best Tour of the Vatican and experience the museum after hours, or the Early Morning Vatican Tour to discover more about the genius Michelangelo, and enjoy exclusive access to the art, without the crowds. 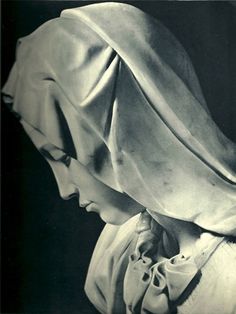