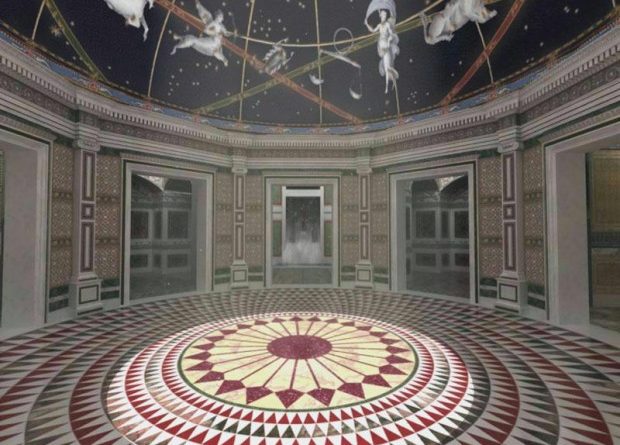 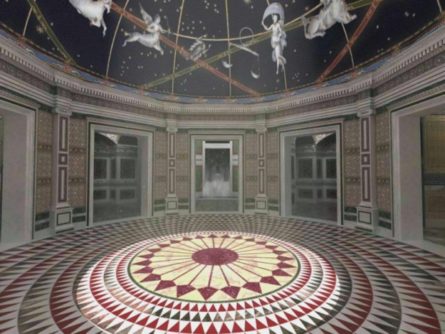 Nero’s Golden House: Less is definitely not more when it comes to the Roman domus.

A new virtual tour of the Emperor Nero’s Gardens, and access to his golden house has opened in Rome, where tourists are given virtual reality headsets to listen to projected films which guide them with a 3D vision of life as it was during the Emperors reign.

A section still remains of the original landscaped palace that once stood in the centre of the ancient city, boasting walls decorated with gem stones, ivory and gold leaf, leading to green lush fields with vineyards, flora, and an artificial lake. Built after the great fire in Rome 64 AD, Nero had created a complex of porticoes filled with the treasures he had pillaged from other cities and within Rome following the fire, displaying his power and wealth like trophies of his success.

Upon the death of Nero, his successors scrapped the palace and built the Colosseum for gladiators to battle within by burying his ornamental lake in 70 AD And again, in 109 AD, by erecting The Baths of Trajan in its place. 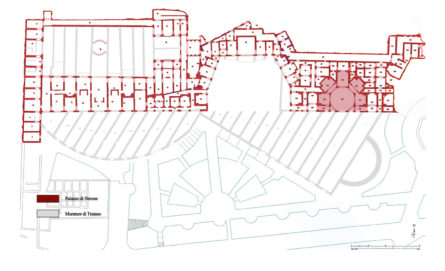 For centuries this house lay undiscovered until the Renaissance period, when a new interest in antiquity meant that it was found and realised, becoming an immediate attraction for artists like Michelangelo and Raphael. These genius artists studied the frescos by being lowered into the house through a remaining ceiling window with the aid of candle light. 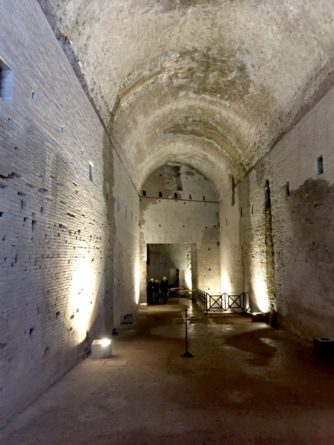 Now you can experience the same sense of revelation by seeing it first hand, viewing the earth filled room as it was left, and in virtual reality, as it was when Nero resided there. With its sparkling walls and opulence, it was specifically designed to capture the sunlight which bounced off the gold leaf and natural marbles creating shimmers of light and colour. It is called the ‘Domus Aurea’ (Latin for Golden House) for a reason. Lucky viewers are taken on a virtual visit across the lavender filled gardens with the 360 degree vista of ancient Rome in the background. 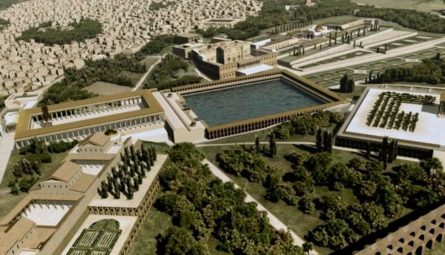 Officially opened in 1999, but forced to close when part of the roof collapsed, it is now newly restored. In 2010 the site was redesigned, with initial problems being the gardens built on top of the buried palace and four metre thick soil filled areas that gained weight, wet with rain, thus weakening the structure. It didn’t help that 25 metre tree roots were, too, disturbing the mortar. There is still more work to be done from the effect of the natural minerals underground disturbing the frescos, but for now groups of up to 25 people can visit at a time, which needs to be booked in advance.

At a cost of 31 million Euros from the Italian Government, with only 13 million raised so far, Archaeologists and Architects have progressed in saving this monument of ancient Rome. 50 trees will have to be uprooted and replaced with smaller versions of fruit trees and flower beds featuring typical plants of the Roman times like Rosemary and Irises. Using Eco friendly modern technology, they are also able to assist climate control and humidity.

Private sponsorship has been sought to aid the restoration which is still a work in progress.

Book the tour today, through Italy’s Best, and see for yourselves with our expert mother tongue English guides and archaeologists.