Top facts to know about the Vatican City State

Top facts to know about the Vatican City State 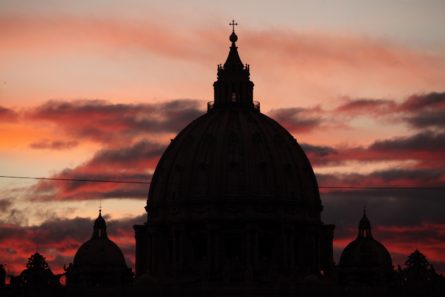 The Vatican is a sovereign state, and the smallest state in the world, just less than half a kilometre squared. It is a theocratic monarchy, meaning it is run by a system of government in which priests rule in the name of God. And the state is heir of the ancient Pontiff State born following the Treaty of Lateran, whereby they agreed upon protocol signed between the Holy Sede and the Italian State on 11th February 1929.

The difference between Rome and other cities in the world, is that Rome is the only city in the world to have two diplomatic bodies, one being the Holy See, and the other being the Republic of Italy. However, the Vatican has diplomatic representatives in almost every country of the world.

The Pope is the leader of the Vatican State, and can have come from anywhere in the world. But, he is elected by the Holy College of Cardinals and chosen from approximately 150 Cardinals, all under 80 years of age. 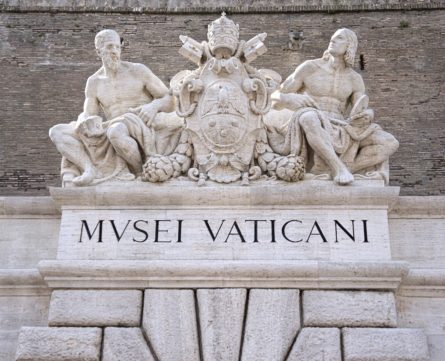 The Pope can establish any law without any authority able to question his actions, and no one can be above the Pontiff’s authority. However, he has his Secretary of State as his personal chosen assistant, as well as numerous advisors from the Cardinals of the Curia, which is a council or court in which issues are discussed and decided. The Pope therefore delegates a chosen commission of Cardinals that exercise their power over the State, but he can also block their decisions if he doesn’t agree, and remove their authority at any given moment he sees fit, as the Pontiff is the absolute Sovereign.

The jurisdiction of the Vatican spreads further than just within the State zone, and is made up of other buildings in and outside Rome that benefit from being part of the Vatican’s extra territoriality, such as churches and buildings that cannot be taken over for public use by another authority. These are protected for world heritage and their historical value.

Like all heads of State the Pope has his own guards known as Swiss Guards, whose uniforms were allegedly designed by Michelangelo in 1506. The guards are at the service of the Pope as his personal army, whose job is to protect the Pontiff from harm as well as the Vatican State and the entrance to the Apostolic Palace. They can be seen daily performing their duty standing guard within and around the Vatican, which as tourists you will see, and the guards consist of approximately 100 men. There is also another set of Vatican guards, who stand out less colourfully wearing a dark blue uniform which is less obvious. But they too are there to protect the State.

All property within the Vatican is property of the Holy See, (ìstato patrimonialeî) so you can not purchase property in the Vatican State. Citizenship is also only ever given by the appropriate office, and not obtained by birth as citizenship might normally be anywhere else. The number of people that actually live and reside in the Papal city is approximately 300 people, but there are numerous diplomats worldwide who are Vatican citizens, non resident. 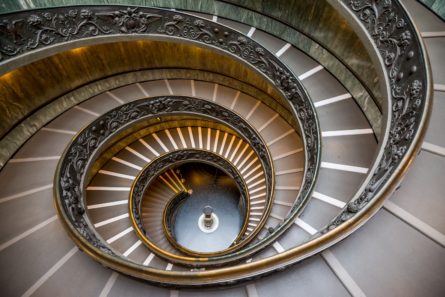 The Vatican has its own post office, and Vatican stamps are usually of beautiful designs depicting art, international events and religious anniversaries. They are often bought as souvenirs and sought by collectors to add to their private collections as rare items.

Posting a postcard of your visit to Rome is that bit more special when posted from the Vatican using a Vatican stamp. And, no surprise here, the Vatican post office is far more efficient than regular Italian post renowned for being often-times problematic or slow. Telephone cards were introduced for sale since 1992 and have since also become items for collectors.

Did you know the Vatican has its own Mint, to make its own money?
Yes it does! The money is minted in Rome by the Instituto Poligrafico e Zecca, of the State of Rome, and looks the same as other money in the EU, with the same value, which is legal tender anywhere in the European union. They make up to the value of one million Euros in coins per year, and since the year 2000 have also minted gold and silver collectors coins annually. 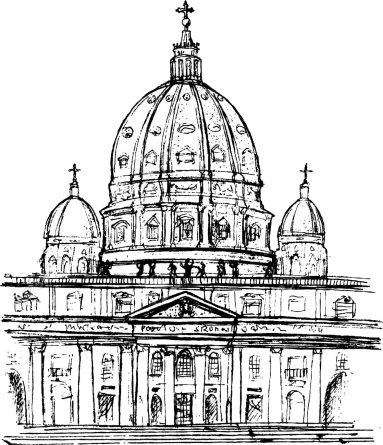 There is a Vatican telephone service for the Papal city which is run by its own personnel and technical staff, which handles calls inside and outside the city, and has its own international dialling code. You can purchase special telephone cards for use of the system within the Vatican city.

A legally independent Television Centre also exists and is used for filming public events and ceremonies presided over by the Pope in the Vatican City State. They have their own archives to store footage and make it available to television stations by request. An is an agency at the service of other television networks. 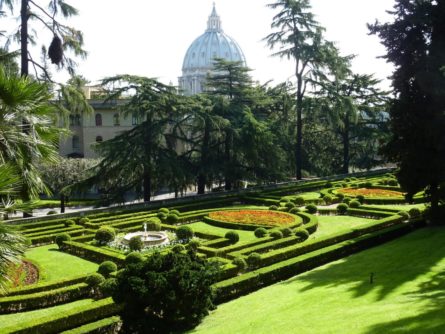 You might not expect it, but the Vatican also has its own pharmacy which began in 1874, originally situated at the Hospital of St John of God on Tiber Island. Since, it has moved to a permanent residence within the Vatican, in 1917 at St Anne’s Gate, and since 1929 in the Piazza del Belvedere where it stands today. It is open all year round where you can get foreign medicines not marketed in Rome anywhere else, and entrance is open daily except Sundays and religious holidays, to anyone with a prescription.

Hopefully you learned a little information not found in regular travel books, from our expert travel team, as well as a few things to look out for on your Roman holiday.