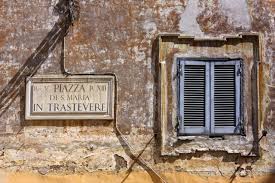 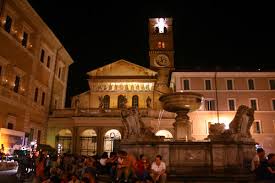 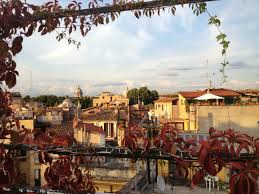 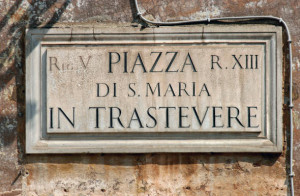 Trastevere. Off the beaten track, medieval Rome at it’s best.
Trastevere is the 13th rione of Rome, on the west bank of the Tiber, south of  Vatican City and is home to some of Rome’s beautiful squares: Piazza Trilussa, Piazza Santa Maria in Trastevere and Piazza dei Mercanti.

Trastevere means to ‘traverse’ the Tevere, meaning literally “beyond the Tiber”.

It’s beyond the tourist trails of Rome, and definitely has that over the rainbow feel about it. That you are aware you have entered a different district, with the wow beauty factor. To think Trastevere once belonged to the hostile Etruscans, and is now a Bohemian district of wine bars, musicians and romantic off the tourist track strolls, shows what a melting pot Rome is.

Italy’s Best walking tour you will get a chance to see parts of the ancient city hidden below the modern street level. Rome certainly wasn’t built in a day, so you’ll see other periods in between, from Medieval to Renaissance and Baroque. 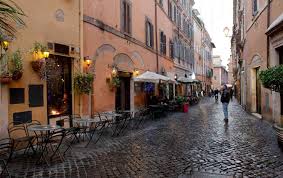 Lets go back in time a bit

But then the area began to be considered part of the city under Augustus who divided Rome into  14 regions, and modern Trastevere was the XIV and was called Trans Tiberim.

Since the end of the Roman Republic, Trastevere was also the centre of an important Jewish community, which inhabited there until the end of the Middle Ages.

In the Middle Ages, Trastevere had narrow, winding, irregular streets; moreover, because of the mignani (structures on the front of buildings) there was no space for carriages to pass. At the end of the 15th century these mignani were removed. Nevertheless, Trastevere remained a maze of narrow streets.

Meander in the maze:

The inhabitants of Trastevere, called Trasteverini, developed a culture of their own, and today, Trastevere is one of Rome’s buzzing centres of  night life, restaurants and clubs. 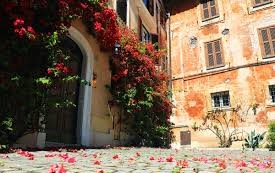 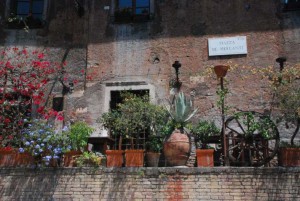 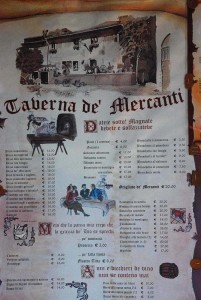