The best 3 churches in Rome

The best 3 churches in Rome

Wandering around Rome, it’s easy to feel overwhelmed with a multitude of museums and about a million must see churches. Which is why we have done the work for you, by picking the 3 best Baroque churches. 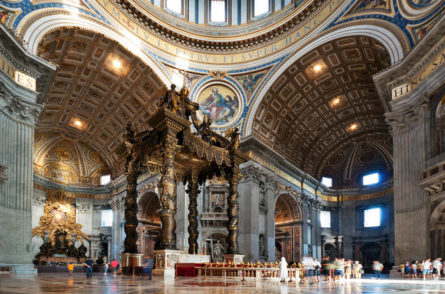 The worlds largest basilica housing Bernini’s 1634 bronze Baldacino masterpiece, was designed to overwhelm the viewer and is about as decadent as it gets with its dramatic spiral columns, breaking the rules of classical architecture. Michelangelo’s dome and Pieta statue are two major works of art that make up the whole genius project. The Pieta depicts Mary holding the body of her dead son Christ, made when he was a mere 19 years old, and is the only signed piece by the artist. Bwetween Bernini, Michelangelo and the tombs of the Popes, this will keep you busy for 3 hours so give yourself plenty of time. 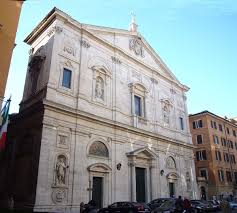 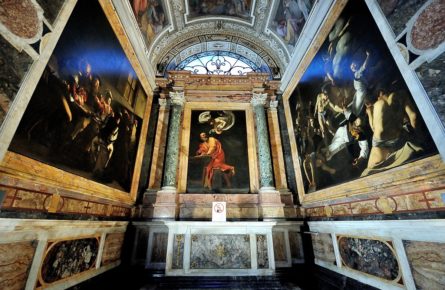 Whilst this church facade may seem relatively plain, it houses one of the most beautiful ecclesiastical interiors in Rome. If you like marble, you will love this one. Designed by Giacomo della Porta and built by Domenico Fontana between 1518 and 1589, it is dedicated to the Virgin Mary, to St. Denis the Areopagite and St. Louis IX, king of France. Inside, the most treasured masterpieces are the three paintings of Saint Matthew by Caravaggio inside the Contarelli Chapel. Matthew, a Christian martyr is depicted as wearing clothes from the day that Caravaggio painted the scene, to bring biblical settings into modern times. How revolutionary. Michelangelo’s influence on the artist is evident too, where Christ’s hand is an exact reflection of the hand of Adam from the Sistine Chapel ceiling. Beware that many churches open in the mornings and then close for siesta, so best to head there in the morning at 9.30am and beat the crowds before they close at lunch time. 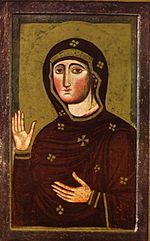 The Basilica of Santa Maria in Ara Ceoli on the Capitoline Hill is a peaceful haven away from the buzz of the city down below. There is so much to admire about this church that you may not want to leave it and it’s worth visiting the church for the views alone, overlooking the domes of Rome, the Vatican and the Jewish synagogue. The designated Church of the city council of Rome, it uses the ancient title of Senatus Populusque Romanus and houses the relics of Saint Helena, the mother of the Emperor Constantine. 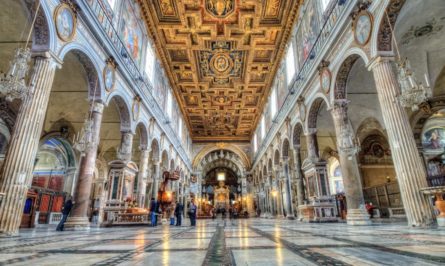 A medieval legend according to the mid 12th century guide to Rome, Mirabilia Urbis Romae, claimed that the church was built over an Augustan Ara primogeniti Dei, in the place where the Tiburtine Sibyl prophesied to Augustus the coming of Christ. For this reason the figures of Augustus and of the Tiburtine sibyl are painted on either side of the arch above the high altar. Whilst overlooked by many tourists today, in the Middle Ages, this church became the centre of the religious and civil life of the city. 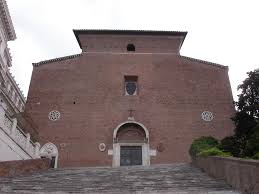