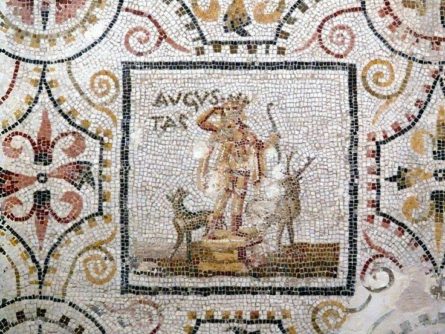 There were once ten months of the year. That’s right. The Roman calendar was 10 months, which is 304 days. They ignored the remaining 61 days, which fell in the middle of winter. The months began with March and were named Martius, Aprilis, Maius, Junius, Quintilis, Sextilis, September, October, November, and December.

But then there were 12!!! King Numa Pompilius reformed the calendar around 700 BC by adding the months of January (Ianuarius) and February (Februarius) to the original 10 months, which increased the year’s length to 354 or 355 days.

Julius Cesar started the trend of honouring oneself in the form of a sunny summer month and so July is named after him, naturalmente. Augustus then followed suit by doing the same. And, what brilliant months! And thus began the Julian calendar, which eventually evolved into the Common calendar.

Whilst we’re on the topic, lets talk more about the other months and what they mean. 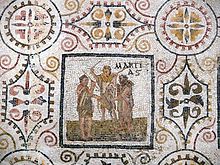 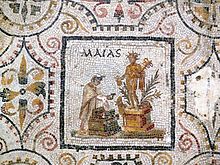 It was named after Janus, the Roman god of all beginnings. January replaced March as the first month of the Roman year no later than 153 BCE.

The Roman month Februarius was named after the Latin term februum, which means purification, via the purification ritual Februa held on February 15 (full moon) in the old lunar Roman calendar.

Martius was once the first month of the year, until around about 153BC, when it became the 3rd month. March takes its name from the Roman deity, Mars, who was regarded as an ancestor of the Roman people through his sons Romulus and Remus. The month of March was an important month because it marked the return to farming, military campaigning, and sailing.

April was all about festivals devoted to aspects of rural life, and so it was full on month for farmers. It was also the month that honoured all female deities such Venus (Aphrodite in Greece), the Goddess of Love.

May is represented by the veneration of Mercury on this panel from a Roman mosaic
of the months (from El Djem, Tunisia, dated 3rd Century AD).

Once the 4th month of the Roman calender, when March was the first month, and there were only 10 calendar months, but then from 153 BC onwards, it became the 6th month of the year.

In his poem on the Roman calendar, Ovid has three goddesses present three different derivations of the name Junius.

In one example, Juno asserts that the month is named for her. Juventas (“Youth”) pairs Iunius with Maius: the former, she says, comes from junior, “a younger person”, in contrast to maiores or the “elders” for whom May was named. Another example is that Ovid has Concordia claim that Iunius (Junius) comes from iungo, iunctus, “join”, in honor of her uniting the Romans and the Sabines.

Quintilis is Latin for fifth.

So, literally the 5th month became the 7th month, once the Roman calendar office officials added two months to the calendar. And then it became known as Julius Cesar’s special month.

Sextilis is Latin for sixth.

The 6th month became the 8th and is in honour of the Emperor August.

Sette is seven, so September was once the seventh month of the year. But, now it’s the 9th, since the Roman calendar became 12 months.

You guessed it. The 8th month of the year.

Basically, the tenth month of the year. But, now the twelfth.

The Romans used to count years from the (mythical) year of the founding of Rome in year -753. They referred to a year count in the era as Ab Urbe Condita (“since the founding of the City”), abbreviated to A.U.C. 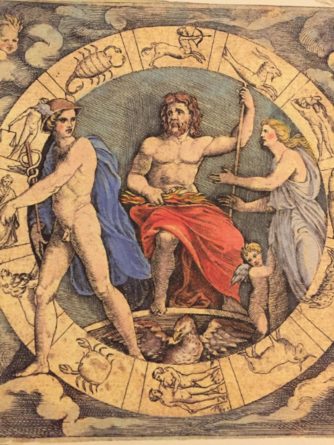